On Sunday, March 23, 2014, we were invited to a meeting with the Grass Roots ladies of Margarima, Hela Province, Papua New Guinea. They took us out to a garden to see a rusty 1940s wood stove covered with a tarp. Together they were trying to cook shared food in it- about 20 of them!!. And how did the women obtain water? The river was down a steep slope from the village. We decided that this, cookhouses, stoves and water tanks would be our number one priority on our return to Australia. When the region was subject to a severe drought a short time later, we became all the more determined. And so began the cookhouses project as an informal partnership with the people of Papua New Guinea. We Australians supply the architect plan, building materials, tanks and tools. The local villagers provide the site and construct the cookhouse. They appoint a women’s committee to manage its various communal uses and short courses.
​
In the intervening five years, three cookhouses were fully funded and constructed. The sites are Ouamug village in the Western Highlands, Pumakos in Enga province, Goglme in the Chimbu and the next is at Posulim village in the Southern highlands province. We hope to begin there early next year once we have the funds to begin.  So your donations are very welcome.
​ 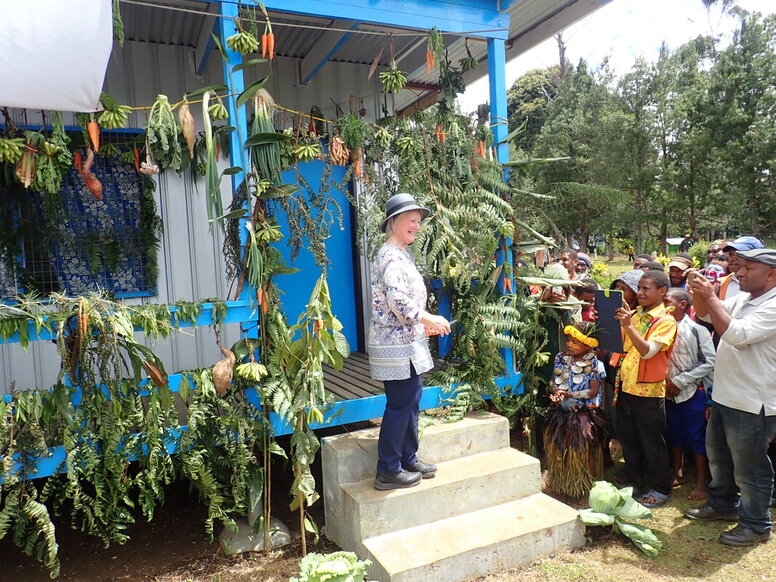 The official opening of the Ouamug cookhouse, September 2019

To assist (Papua New Guinea) PNG women and their families to be
well nourished and supplied with safe and accessible water supply.

Celebrations at the grand opening of the Cookhouses, September 2019

​​Would you like to participate in this partnership with our nearest